I am Assistant Professor of Political Science at Indiana University Bloomington, where I have been since taking a Ph.D. in Political Science from the University of North Carolina at Chapel Hill in 2013. Most of my research considers the politics of global finance and other networked systems. I primarily focus on structural power in the world economy, the political nature of supposedly-technocratic economic institutions, theories of hegemonic financial (in)stability, the relationship between firm-level economic agents and political systems, and the ways in which changes in demographics and predominant technologies impact political economy. I teach courses pertaining to international political economy, international relations, and network methodologies.

Among other outlets I have published in Business and Politics, Global Networks, International Studies Quarterly, Perspectives on Politics, and Review of International Political Economy as well as non-peer-reviewed outlets including Foreign Policy, The National Interest, Symposium, and The Washington Post’s The Monkey Cage. I am co-editor of the Handbook of the International Political Economy of Monetary Relations (2014 Edward Elgar), and a guest-editor of a 2017 special issue of Business and Politics on Property Rights, Financial Risk, and the Politics of a Networked Global Financial System (vol 19, issue 2). 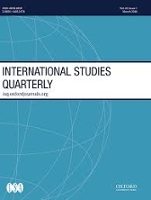 All Crises Are Global: Capital Cycles in an Imbalanced International Political Economy.

An Empirical Investigation of the Financialization Convergence Hypothesis.

Global Banking As a Politicized Habitat. 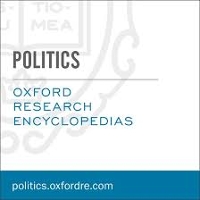 How Did International Political Economy Become Reductionist? A Historiography of a Subdiscipline.

Property Rights, Financial Risk, and the Politics of a Networked Global Financial System.

Re-conceptualizing the Political Economy of Finance for the Post-Crisis Era.

The Promise and Perils of Using Big Data in the Study of Corporate Networks: Problems, Diagnostics and Fixes

All Crises Are Global: Capital Cycles in an Imbalanced International Political Economy.