The Valence Gap: Economic Cycles, Perceptions of Competence, and the Party System 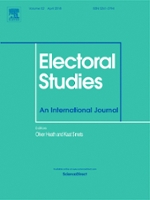 This article presents a unified theory connecting economic cycles to party behavior and to party system fragmentation. We argue that a key but poorly studied determinant of party system performance is the difference in perceived competence among parties. The narrowing of differences in parties' valence stock, or the valence gap, has the effect of increasing the weight voters assign to parties' ideological positions and, in turn, increases the number of parties in the system. Analyses of German public opinion from 1990 to 2007 and of cross-sectional analysis of party valence characteristics from nine countries provides evidence in support of our claims.