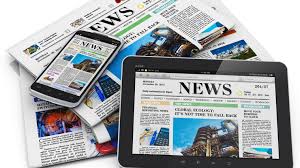 Edmund Burke asserts in The Sublime and The Beautiful, "No passion so effectually robs the mind of all its powers of acting and reasoning as fear." Yet, the media and political mobilizers often seek to garner support and encourage participation by pointing to the looming catastrophe at hand, often triggering a sense of urgency. What kinds of dilemmas do constant fear tactics pose to the health of American democracy? This course examines the role of whistleblowers in American politics, with a critical lens on the political psychology behind persuasive (and potentially problematic) communication strategies exercised by the media and political elites. Topics vary and may include social movements, public opinion, identity politics, campaign tactics and the politics of representation. With a particular focus on race and ethnicity, we will examine the ways in which the media impact the civic engagement of groups in the United States as well as the discourse surrounding immigration, healthcare, crime and campaigns. Students will practice analyzing contemporary campaign coverage, interpreting data from recent surveys on social and political attitudes and they will design an original content analysis based on a topic of their choice