Aurelian Craiutu (Ph.D. Princeton, 1999) is Professor in the Department of Political Science at Indiana University, Bloomington, and Adjunct Professor in the American Studies Program and the Lilly Family School of Philanthropic Studies at IUPUI, Indianapolis. He is also affiliated with the Russian and East European Institute, the Institute for European Studies, the Ostrom Workshop, and the Lilly School of Philanthropic Studies. Prior to coming to Indiana, he taught at Duke University and the University of Northern Iowa. He has also been Visiting Professor at the University of Paris V Descartes (2019), Central European University, Budapest (2019), Pompeu Fabra University, Barcelona (2018), University of Paris-II, Panthéon-Assas (2010), and the National School of Political Studies and Public Administration, Bucharest, Romani (2004, 2005).

Craiutu’s research interests include French political and social thought (Montesquieu, Tocqueville, Constant, Madame de Staël, Guizot, Aron), political ideologies (liberalism, conservatism) as well as theories of transition to democracy and democratic consolidation (mostly Central and Eastern Europe). He is the author and editor of several books on modern political thought. His first monograph, Liberalism under Siege: The Political Thought of the French Doctrinaires (Rowman & Littlefield/Lexington Books, 2003), won a 2004 CHOICE Outstanding Academic Title Award. It was also translated into French in a revised and enlarged edition as Le centre introuvable: la pensée politique des doctrinaires sous la Restauration (Plon, 2006). His two most recent books are A Virtue for Courageous Minds: Moderation in French Political Thought, 1748-1830 (Princeton University Press, 2012) and Faces of Moderation: The Art of Balance in an Age of Extremes (University of Pennsylvania Press, 2016). Dr. Craiutu also published two books in political theory in Romanian, In Praise of Liberty: Essays in Political Philosophy, (1998), and In Praise of Moderation (2006), both with Polirom Publishing House, one of the country's leading presses.

Professor Craiutu has received awards, fellowships, and grants from several institutions including the Institute for Advanced Study in Princeton, the James Madison Program (Princeton University), the American Council of Learned Societies, and the Earhart Foundation. In 2000, he won the American Political Science Association's Leo Strauss Award for the best doctoral dissertation in the field of political theory. In 2004, he received a Student Choice Award and an Outstanding Junior Faculty Award at Indiana University. Since 2018, he has been Senior Fellow at the Niskanen Center in Washington, D.C.

Professor Craiutu’s next book, Letters to a Young Radical: How to Be a Moderate is under contract and will be published by Cambridge University Press. His edition and revised translation of Jacques Necker’s On the Executive Power in Large States will be released by Liberty Fund in June 2020. He is currently at work on a book manuscript on moderation and the rise of democracy in France, 1830-1880. 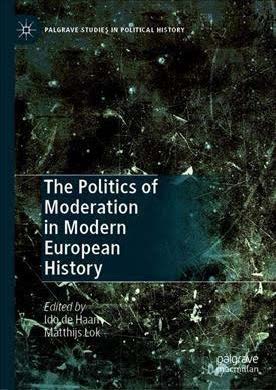 The Radicalism of Moderation

Faces of Moderation: The Art of Balance in an Age of Extremes

Tocqueville on America after 1840: Letters and Other Writings, edited and translated, with an interpretive essay, notes, and appendices by Aurelian Craiutu and Jeremy Jennings (Cambridge: Cambridge University Press, 2009), 560 pp.

Considerations on the Principal Events of the French Revolution by Madame de Staël. Newly revised translation of the 1818 edition, with an introduction, bibliography, and notes by Aurelian Craiutu (Indianapolis: Liberty Fund, 2008), 804 pp.