Prof. Dina Spechler teaches courses on Russian foreign policy, American foreign policy, comparative foreign policy, force and diplomacy in the nuclear age, the politics of the UN, and international relations. After receiving her Ph.D. from Harvard University, she began her teaching career at Harvard, where she taught courses on the USSR and international relations. She then moved to Israel, where she taught at Hebrew University and Tel Aviv University before coming to IU. Her primary research interests are in the areas of comparative foreign policy and international relations, particularly Russian, Soviet, and American foreign policy; the foreign policies of the states of the former Soviet Union; and the international relations of the Middle East. Her current research deals with the explanation of major foreign policy change, including case studies of the decisions by Soviet President Mikhail Gorbachev to withdraw Soviet troops from Eastern Europe, Egyptian President Anwar Sadat to recognize Israel, and Israeli Prime Minister Yitzhak Rabin to recognize the PLO. Prof. Spechler has also been engaged in collaborative research projects on the impact of local leadership and collective action on economic development in rural Tajikistan and on Russia’s policies toward its neighbors. Her publications include Putin and His Neighbors: Russia’s Policies toward Eurasia; Domestic Influences on Soviet Foreign Policy; Permitted Dissent in the USSR, and Russian Nationalism and Political Stability in the USSR. 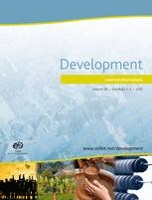